If India is Shining, Why Are Indians Leaving? 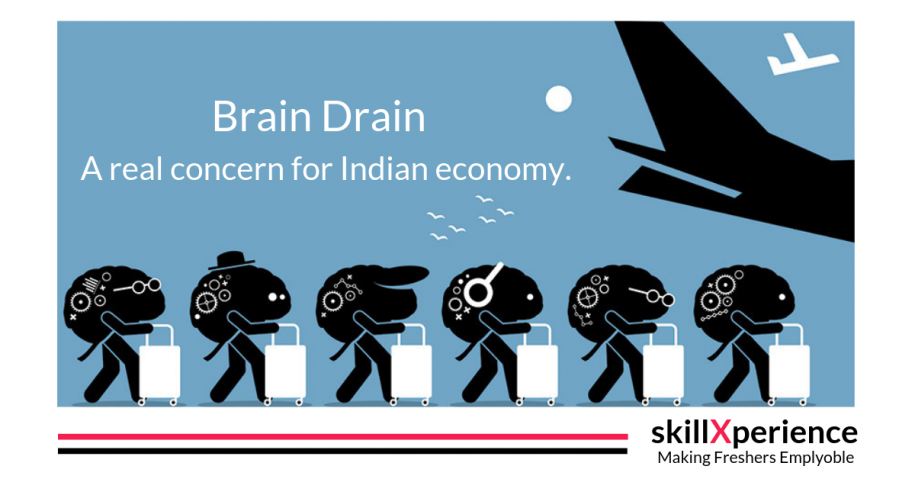 I posed this question on Facebook and LinkedIn and got a lot of interesting answers. I also researched the web to find some answers. Why do Indians find the outside world better when this country provides an abundance of opportunity for people to do some amazing work?

Here are the main reasons I came across for Brain Drain in India:

It goes without saying that first world countries can boast of the best organizations in the world that offer higher salaries and better work cultures. Indians abroad state that they get paid for working from 10 to 5 and not 10-12 hours a day.

In my opinion, this is because companies outsource a lot of their work to companies in Asian countries that work round the clock. This has its benefits and its drawbacks, but I’ll leave that discussion for another post.

Is work the only reason why Indians migrate to first-world countries? No. Indians spend a lot on education abroad as well. A report stated that Indians spent 88% more on overseas education in 2018 than in 2017.

88% more in a single year! Imagine what that could’ve meant for our economy.

But while we boast of IITs and IIMs in India, we must remember that none of them appear in the top 200 universities across the globe. In the 1970’s, when India expanded its universities faster than even China, the quality of education got compromised. The result is that students don’t feel that the education they receive in India will prepare them for the skills to build a bright career.

Students don’t just want to study at universities outside simply because they rank well globally. They also aspire to get better quality of education that opens their horizons.

Many Indians have found the reservation system to be an impediment in their way of getting into better educational institutes. For instance, a student with 99.23 percentile in CAT will struggle to get into the old IIMs because he belongs to the General Male Category.

This reservation system also comes into play for government jobs which the Indians are hugely obsessed with. Despite working hard at entrance exams, deserving people lose out on such jobs because of the reservation system.

Whether studying in top Indian universities and working in comfortable government jobs should remain the be-all-end-all for the Indian youth is a different story.

Why are deserving people not getting enough opportunities to discover their potential in India?
Click to Share

This means educated Indians find better jobs in countries where the demand for skilled labour is high and supply (thanks to an ageing population) is low. With higher demands come higher salaries and better lifestyles.

“Rapidly aging populations across Europe and the West will further create a demand for migrant labor, as imported workers fill employment gaps left by falling birth rates in many developed countries.”

Many Indians aspire for a life free of corruption and bureaucracy, one where the government provides more benefits. That’s why they move to countries that, in their minds, offers a better quality of life.

Should We Let Brain Drain Happen?

In one word, no. We cannot afford to keep losing our bright and sharp minds. We cannot keep letting other countries’ gains be our losses.

So what’s the alternative? What can we do to arrest this “Brain Drain” and retain the best minds of our country?

Here are some ideas.

I’ve already written about how the current educational system focuses only on technical skills. In the process, students lose out on learning soft skills and aspects to strengthen their character – core skills needed to succeed in life.

Decision-making, life-skills and application of theoretic knowledge should also be part of the education curriculum. This will empower the youth to make better decisions in complex situations. In the knowledge economy, clarity in thinking will remain one of the most prized skills.

As mentioned before, India is a land of opportunity with increasing spend power of people.

The Modi-government has initiated many programs like StartUp India, the MUDRA scheme and more to encourage the growth of startups in India. More encouragement in the startup space in form of better funding, tax breaks, less red tape, and more support in form of technical expertise will bring more people (from India and abroad) to create more jobs in the Indian marketplace.

3. Create Jobs for the Future

PayPal founder Peter Thiel rightly believes that globalization without new technology is no longer sustainable. For instance, if China doubles its energy production over the next two decades, it will also double air pollution. If every Indian household lives the way Americans did in the last decade, the result would be environmentally catastrophic.

India and China are forefront contributors to greening the planet according to a study. India must continue creating jobs for the future and upskilling the youth to be prepared for them. The better their skills, the more jobs of the future will come to India, and the less people will want to migrate.

What are your suggestions on how “Brain Drain” can be arrested in India? Do leave a comment below. I would love to hear your thoughts.

Tags: brain drain, what is brain drain?, why indian's are migrating abroad